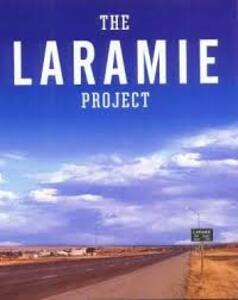 Dr. Giokaris:
Please preserve the freedom of speech on the campus of Troy High School in Fullerton, California. Free speech is a fundamental right in our nation and must be protected by the school and the district. As you sought to protect the freedom of speech with the recent Chick-Fil-A issue, we urge you to protect freedom of speech here once more on campus. The students of Troy deserve the protection of their first amendment rights just as each and every other American citizen. We urge you to allow the Troy High School Drama Department to put on The Laramie Project, a beautiful work that promotes tolerance in our nation.

Recently, The Laramie Project was proposed as the spring, open audition play on Troy High School's campus. The play was vetoed by Dr. Giokaris for containing mature themes. Our school has put on plays containing mature themes before, with To Kill a Mockingbird (containing themes of rape, racism, and violence), The Cat and the Canary (in which a character was shown hanged and others shot on stage), and One Flew Over the Cuckoo's Nest (blunt depictions of abuse in mental institutions). The Laramie Project is no worse ( and likely more appropriate) than many plays we have put on in the past. Our drama department has the right to put on this production, and does not deserve to be the victim of injustice. For more info on the Laramie Project, see: http://en.wikipedia.org/wiki/The_Laramie_Project and http://community.laramieproject.org/